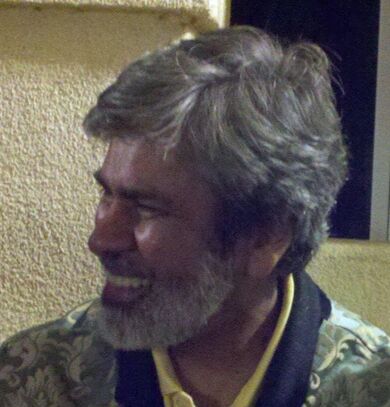 ​Dr. Everold N. Hosein was born in Trinidad and Tobago in the small sugar-cane village of California many, many years ago. His father was a tailor and his mother a seamstress. He is the eldest of 6 children. He attended a village kindergarten/pre-school ran by a local teacher. Miss Rose, in her home. His primary school education was at the California Government Primary School, and  Esperanza Presbyterian School.  His secondary education was at Presentation College, San  Fernando, where he completed his Cambridge University A-levels in Physics and Mathematics, not doing very well in either. In his final year at Presentation College he won the Jaycees National Public Speaking Contest in Trinidad and Tobago. He was a member of the Presentation College Platoon of the Trinidad and Tobago Cadet Force, reaching the rank of 2nd Lieutenant  and officer in charge of the Platoon in 1965. He prepared the platoon to win the Shield Award as the top  cadet platoon In Trinidad and Tobago in 1967.

After obtaining his A-level certification, he was then invited by Presentation College to teach at the college. He taught English and Mathematics. At the same time, he began a weekend radio assignment on Radio 610 in Port of Spain, co-hosting a three-hour Saturday morning radio programme for teenagers, Satteen Session, together with Jones P. Madeira under the guidance of Dick Henderson, and Leo De Leon, 610's Programme Director. This was the beginning of his professional career using communication and  the mass media for engaging young people.
Two years later Dr. Hosein was awarded a U.S. State Department sponsored scholarship to study at the University of Kansas (KU), where he completed his Bachelor’s degree (graduating Summa Cum Laude) with a major in Journalism/Broadcasting and Film, and a minor in psychology. He also served as an Instructor in Interpersonal Communication in his final year. He married Barbara Hughes, a fellow KU student from Ottawa, Kansas just before graduation. In his final year at the University of Kansas, he and his fiancée were named “Jayhawkers”, a designation recognising top campus leaders.  He worked next for a little time with the Continental Telephone Corporation in St. Louis and also served in Barbados with Continental’s affiliate, the Barbados Telephone Company, as an advisor on setting up an educational cable television network for schools.

He returned to the Caribbean in 1974 and served as a Research Fellow at the University of the West Indies (UWI)/St. Augustine/Trinidad and Tobago, Department of Agricultural Extension, working in the Windward Islands of St. Lucia, Grenada, Dominica and St. Vincent, on improving banana cultivation. He then moved to Jamaica to be a Lecturer in the UWI Institute of Mass Communication, serving as its Director (ag.) for two years, and introducing three new degree programmes in Mass Communication combined with Arts, Social Science and Management Studies. It was at UWI Dr. Hosein began developing new approaches to applying communication methods and techniques to the process of social and economic development, described as “development communication”. And it was at this time also that Dr. Hosein began consulting assignments with the United Nations (Food and Agricultural Organization, the World Health Organization/Pan American Health Organization, the World Bank, UNESCO), and International Planned Parenthood Federation (IPPF), in New York.

He eventually joined IPPF in New York as its Caribbean Programme Advisor and also Information-Education-Communication Advisor. He was instrumental in fostering research on adolescent fertility in the Caribbean and in developing major family planning communication-education campaigns in the region. He led efforts to establish the secretariat of the Caribbean Family Planning Affiliation in Antigua, with support of the USAID, and helped shape the CFPA into a major family planning communication, education, and training institution in the Caribbean. He also managed a major USAID-funded initiative to integrate family planning programmes in the maternal and child health services of the Ministries of Health in the Eastern Caribbean. He then served at IPPF as the Director of Programme Support for the Latin America and Caribbean Region, managing public communication programmes, fund-raising, evaluation, and contraceptive commodities supplies.

In 1992 Dr. Hosein joined the global public relations company of Burson-Marsteller in New York as their Social Development Counsellor, undertaking assignments with the World Bank and other UN agencies in using the techniques of the private sector in public relations and marketing communication to achieve behavioural goals in health and social development. His first assignment was with the World Bank in Venezuela  undertaking an assignment from the Minister of the Family (a member of Opus Dei) to get Venezuelan men to be more sexually faithful.

The key challenge faced by WHO and other UN agencies in terms of public health communication was the gap between people knowing what to do to improve their health and their carrying out the recommended behaviour.  Dr. Hosein’s COMBI approach stressed that it is relatively easy to inform and educate people about recommended healthy behaviours but that it  is quite another communication challenge to get people to actually carry out these behaviours. As Dr. Hosein puts it: It is one thing to know, another to do.

Pulling together his years of public communication experience, and his work at Burson-Marsteller and New York University, Dr. Hosein developed the 10-Step COMBI Planning Process which went beyond informing and educating the public but worked in focused manner on getting behavioural results. He founded a strategy for blending the traditional approaches of information-education-communication with the private sector’s successful experience with integrated marketing communication and applying this blend in a strategic way to the behavioural challenges in public health,  and not just focusing on having people be aware and informed.

Dr. Hosein now serves as the Senior Communication Advisor-Consultant with World Health Organization (WHO) in Geneva, and as a Communication Consultant to UNICEF, UNFPA, UNWOMEN, UNDP, and UN Environment. He has also served as an advisor to the Emirates Foundation, Rockefeller Foundation,  PLAN International and Malteser International. He has worked in over 130 countries. He has served as Adjunct Professor at New York University and Indiana University. He is currently a Distinguished Scholar at City University of New York/Graduate School of Public Health.

Dr. Hosein is a Registered Farmer with the Ministry of Agriculture/Trinidad and Tobago. On 10 acres/4 hectares of inherited land in Woodland/Sapatay, he plans  a Zen Retreat with sheep and goat  farm, a tilapia pond, and organic fruit and vegetables cultivation.

He is the father of two children, one an IT expert who has worked with Google and SpaceX, and is now the Vice-President for IT at Boeing, and the other a physician/psychiatrist. He has four grandchildren. 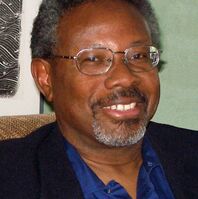 Current Advisory Board Members
1. Dr. Ewart Skinner: Dr. Skinner was born in Arouca, attended St. Charles High School in Tunapuna and Weaver High School in Hartford Connecticut. He obtained his Master’s degree in Communication from The American University in Cairo Egypt, and his Ph. D. from the Department of Telecommunication at Michigan State University. He worked in Trinidad as a media consultant with the EEC, and through UNESCO in Trinidad and Tobago he was Project Coordinator on the GROW Tobago project and founding editor of the Tobago News. He was Visiting Lecturer in the Faculty of Liberal Arts at UWI St. Augustine in 2000 where he lectured in the Creative Arts Center and in the Communication Department.  He currently is Associate Professor in Media and Communication at Bowling Green State University in the USA. His research and teaching include global media and development, media theory, health communication and media and culture.  Email address: eskinne@gmail.com 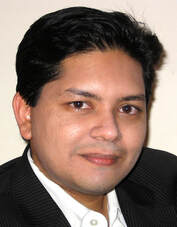 2. Dr. Kalim Shah: Dr. Shah was born in Chaguanas, and attended Montrose Vedic and Presentation College (Chaguanas). He obtained  his Ph.D. in Environmental and Public Policy at George Mason University in the United States, and is now a Professor of Energy and Environmental Policy at the University of Delaware and well known Caribbean and international consultant with over fifteen years of experience. His development interests include competitive, economic transition to low carbon pathways, science, technology and innovation and government and institutional modernization. 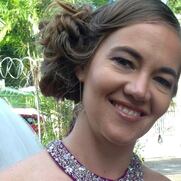 3. Mrs. Amber Clarke: Mrs. Clarke was born in Port of Spain,Trinidad, and attended Montrose Vedic School and St Francois Girls College . She obtained an Associates Degree in Computer Information Systems and switched to Finance . She now works as an Accountant at a Customs Brokerage and Shipping Company. She is very passionate about fixing Trinidad and Tobago but thinks she should be a “ghost advisor” as she would like to remain in the background and not be in the public eye. Email: amber__clarke@hotmail.com 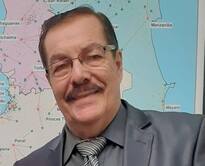 ​4. Mr. Richard Ian Gill: Mr. Gill was born in Beach Camp/Palo Seco, Trinidad and attended Beach Camp Primary School/Palo Seco, Presentation College -San Fernando,  Park Lane College of Further Education, Leeds/U.K.,  and Leeds Polytechnic/U.K. where he graduated in Marketing and Management . He has worked in Senior Management , advertising and marketing for over 40  years in the U.K., Trinidad and Tobago and the Caribbean. He is the Former Chairman of Food Distributors Association and Former Caribbean Marketing Manager for Cussons International for 8 years in charge of marketing in the Eastern Caribbean, and Jamaica, Hait and Guyana. He was also the Managing Director of Educare Ltd for 8 years and winner of The International Distributor of the year for World Book International for 4 successive years 1997- 2000 . He also served as Director of Client services at the advertising agency Corbin Compton Trinidad Ltd for 5 years. He is also a singer, having performed at NAPA , Queens Hall, and other venues. He is an artist and has exhibited his paintings at Gallery 1234 Normandie Hotel, and "Art Attack "at POS General Hospital . He acted in the acclaimed Sean Hodgkinson movie , A Story about Wendy" which received raves at the ZIFF( Zanzibar International Film festival 2012) and "A story About Wendy 11- Winner of the Peoples choice at the 2014 T&TFF. Mr. Gill has also published a novel, "Driftwood Camp", available on Ebay. 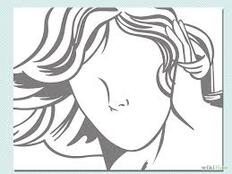 5. Ms. S.S. Siewsarran: Ms. Siewsarran was born in Tunapuna and attended St. George's College in Barataria. She obtained her B. Sc. in Management Studies & Minor in Psychology from The University of the West Indies (UWI), St. Augustine Campus. Over the years, she has actively continued to further her studies in various languages, topics and cultures. Presently, she is the CEO of a cultural events educational company in Trinidad and Tobago, which is aimed at educating the public on different cultures and countries. She has lived and worked in East Asia. She has a special interest in providing children with an all-rounded Education. Her development interests include self-subsistence Agriculture and Farming, the Environment, and  improving the quality of life and standard of living in Trinidad and Tobago.  Email: panda.events@yahoo.com
Other details of the party structure and the process for selecting Green Party candidates to run in elections will be announced in due course. ​